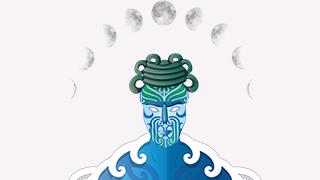 symbolic of the sea and marine life 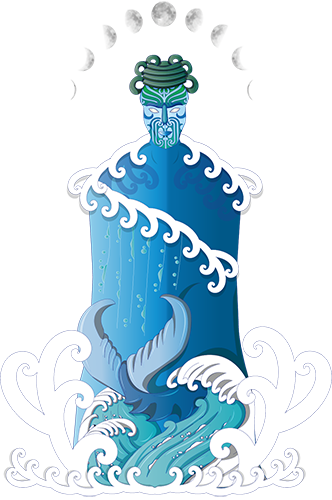 The sea is often considered to be the source and foundation of all life. Islands are fish drawn up from the water. Tangaroa is the controller of tides, waves, currents and his children are all marine life found in the sea. Whakairo or the art of carving traces it’s origins to Tangaroa and was brought to the world by Ruatepupuke while trying for find his son.

Blue is his main theme colour which depicts the sea and the white used are the waves and sea spray. The pattern is a variation of mangopare, the hammerhead shark which shows leadership, the ability to not give up and always puts up a good fight. The moon phases above his head illustrate how he controls the tides but also indicates the right time for fishing and planting crops and food.