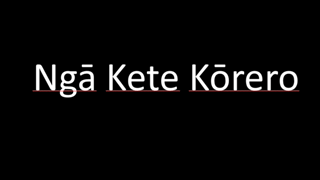 As noted above all the participating kura received over 200 individual titles from which the kaiako selected the books they were going to trial depending on what worked well for their ākonga (ability and interest). In one kura the ākonga were given the opportunity to select a book that they felt was at their reading level and interest. Not all the books were trialed rather a selection from Harakeke to Pingao, with a particular focus on transitional levels.

Most of the kura involved with the trial had their own reading programmes using Ngā Kete Kōrero levelled books. One kura had developed their own reading programme which involved parents and whānau reading books with their tamaiti in the home. This kura in particular felt that the framework, the books and supporting resources would hugely benefit their aspiration to support intergenerational learning through shared reading. Some kura however, in particular dual medium and rural isolated kura had not seen many of the book titles before and were grateful to receive the books to support their reading programme.

Using the re-levelled resources with learners

All the kura found the re-levelled resources easy to use with their tamariki. The kura all commented that the transitional level books helped smooth the transition from one level to the next.

I assessed reading levels and found the levelling better… the in between taumata were awesome, the kids are mostly there but not quite so the jump isn’t so big and kids can move through in a way that’s better suited to their reading development

Transition taumata are awesome, I can get more precise with children’s reading level and ability …in the past the jumps were too big, now with the transitions the progress is more precise

The new levelling is excellent, much better than the old framework

The transition are much better as it gradually progresses kids and kids don’t end up on books that are too hard and then feel stink and don’t want to read.

The system was much easier to use to assess and place learners on a taumata suitable to their level… the books were appropriate to the learner whereas previously you had a lot of learners at the same level but for some it was hard, some too easy etc. and so challenge was missing.

Another kura commented that the new transitional levels motivated the tamariki to stay engaged and improve their reading.

I really liked the transitional levels because our kids see what levels they’re at … they understand that they need to progress and develop too… now we can group them and say to them hey you’re here, you’re in a Kiekie I – Pīngao A!  It was more motivational for them to know that oh I’m close, I’m close.  Whereas usually we knew they were ready to move on but they were still sitting at Kiekie I so it’s actually helped with their progress and their motivation…that’s what I really, really, did like with the transitional levels.

I think for me and the tamariki it’s the build-up in their vocab like it got richer and richer, they learnt more kupu every level we went up… it really lifted their wairua.

Those kaiako who had a more intimate knowledge of Ngā Kete Kōrero and the pukapuka critiqued and compared books within the levels; as well as pukapuka that had been relevelled.

I looked at Pīngao-E-I transition level books and compared them to each other just seeing if there were similarities or differences in the level to see if that married up to what we think that means. And, from what I saw at that level I noticed the difference in the depth of the ideas, for example in Engari Koe Karukaru, it’s pretty straight forward, the plot is real easy to follow.  But in Kei Konei Ahau they delve into deeper stuff, like the girl goes into the whare taonga and plays the kōauau then she’s transported back in time to her tūpuna.  That was much harder for the kids to understand like in terms of ideas, the language and stuff was okay but that was way deeper than the story about people travelling away and one wants to go by plane, and one wants to go by car sort of thing.

Within Harakeke I some sentence structures are complex, and some are easy. So, some are quite repetitive e.g. He Taonga Ki Ahau. Whereas, Kei Te Heke Te Ua within the first three pages there is already three sentence structures that are learnt.  And so, Kei Te Heke Te Ua has been re-levelled down, it is usually Kiekie A…he painga tērā, that’s awesome because then your expectation of reading and exposure to new context and new kupu is at a lot lower level …but it its more advanced reading than He Taonga ki ahau but both are levelled at Harakeke I.

One kura felt overall the transition levels supported reading development and skill more explicitly which was beneficial to ākonga.

The only challenge kura experienced was having to make their own photocopies of the book in order to provide all ākonga in their reading groups with a copy.