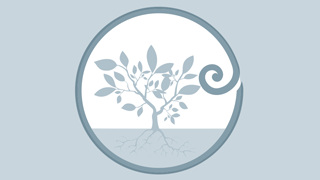 He pēpi tā tātou - We have a baby

He pēpi tā tātou - We have a baby

Whakarongo - Listening: Make use of context and familiar language to work out meaning and relationships between things, events, and ideas.

This activity requires dolls (or teddy bears or other items) to represent babies.

Demonstrate to the students the target language with a volunteer group of four students to role play a family, for example, parents and two children. Ask the students to bring clothes to school to dress in, as preparation for the role.

Give a ‘baby’ to one family member to show/introduce to the ‘family’. He or she tells them ‘He pēpi tā tātou’, ‘We have a baby.’

In this scenario, it may be a surprise to family members that they have a baby. Acting surprised or happy, other members of the family take turns holding the baby and repeat the statement, ‘He pēpi tā tātou'.

As the baby is handed from one person to the next, the students should say ‘Anei tā tātou pēpi’, ‘Here is our baby’.

Remind the students that by using ‘tātou’ the family is saying that the baby belongs to all of the group, in other words, inclusive of everyone.

Hand another ‘baby’ (or two) to the family. Ask the students how they would say ‘We have some babies’, or ‘We have babies’. Write the first statement on the board for the students to consider how the sentence may change:

Ask the first student to show/introduce the ‘babies’ to the group and say, ‘He pēpi ā tātou.’

The babies are passed from one member of the family to the next as they repeat this statement.

To reinforce the original (singular) statement, ask the group to return all but one baby to the teacher and ask them to each say, ‘He pēpi tā tātou’.

This activity uses items in the ‘ā’ category. Introduce items from the ‘ō’ category in a subsequent lesson, for example, clothing to dress-up in, grandparents, houses (such as those in Monopoly).

Consider local variations of the pronunciation of the plural ‘ā tātou’, for example: ‘wā tātou’.

Keep repeating the activity by introducing a different single item, followed by further items, for example:

Introduce further pronouns in a subsequent lesson. For example, two groups of three or more students face each other and make statements about items they possess.